The USS Shaw destroyer (DD-373) was commissioned in 1936, but was plagued by construction deficiencies and was not fully operational until 1938. After training in the Atlantic, the USS Shaw was transferred to the Pacific and was in dry dock in Pearl Harbor on the day of the attack, December 7th, 1941.

Japanese forces gave the USS Shaw major damage from multiple bomb hits during the Attack on Pearl Harbor. The spectacular explosion of her forward magazine provided one of the most iconic photographs of the attack. She was repaired within a few months of the attack, and served in the Pacific through the rest of World War II, earning eleven battle stars.

The USS Shaw was decommissioned in October 1945 and sold for scrap in July 1946.

Learn about the Pearl Harbor history with these photos of the USS Shaw Destroyer: 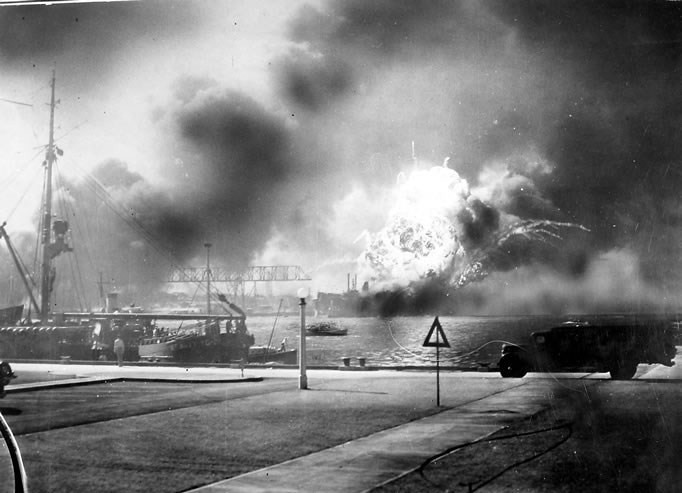 Shaw was laid down on 1 October 1934 at the Philadelphia Naval Shipyard, Philadelphia, Pennsylvania; launched on 28 October 1935; sponsored by Miss Dorthy L. Tinker; and commissioned on 18 September 1936, with Lt. Comdr. E.A. Mitchell in command. 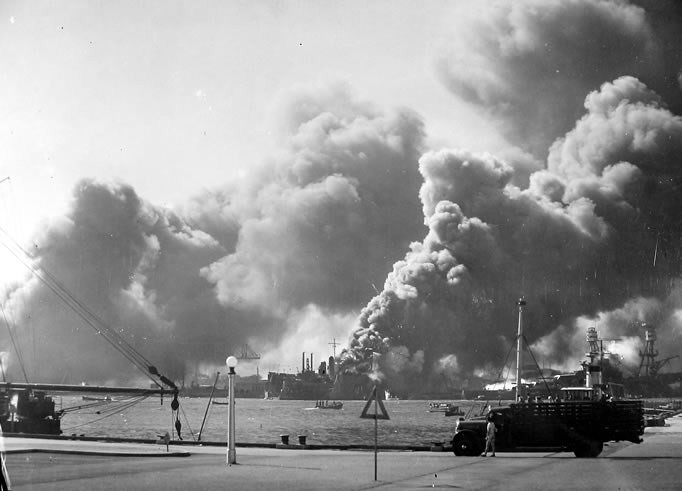 Following commissioning, Shaw remained at Philadelphia until April 1937 when she crossed the Atlantic on her shakedown cruise. Returning to Philadelphia on 18 June, she commenced a year of yard work to correct deficiencies before completing acceptance trials in June 1938. 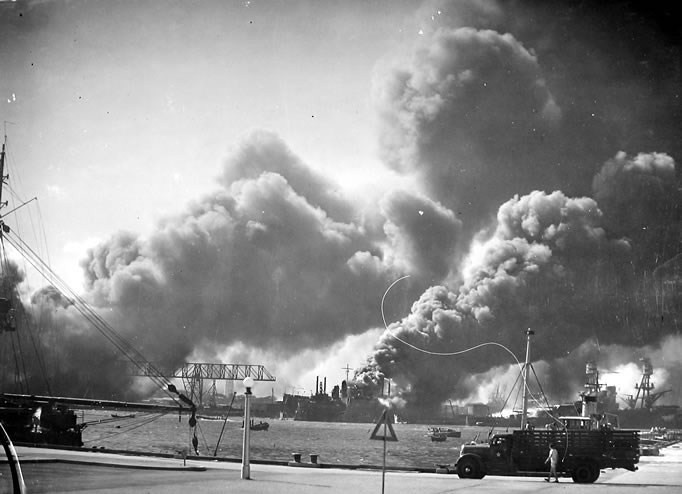 Shaw conducted training exercises in the Atlantic for the remainder of the year. She then transited to the Pacific and underwent overhaul at Mare Island from 8 January to 4 April 1939. 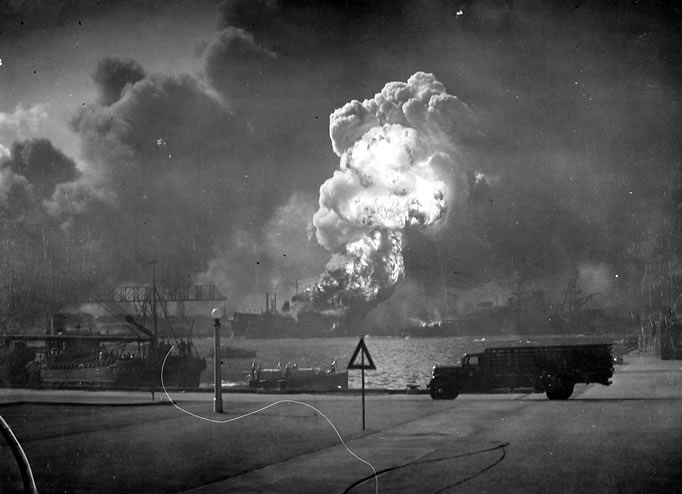 Shaw remained on the West Coast until April 1940, participating in various exercises and providing services to carriers and submarines operating in the area. In April she sailed for Hawaii where she participated in Fleet Problem XXI, an eight-phased operation for the defense of the Hawaiian area. She remained in the Hawaiian area until November, when she returned to the west coast for overhaul. 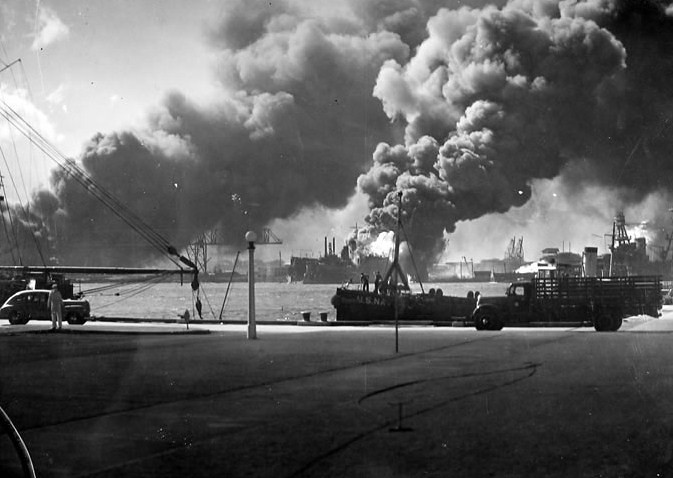 Back in the Hawaiian area by mid-February 1941, Shaw operated in those waters until November when she entered the Navy Yard at Pearl Harbor for repairs, drydocking in YFD-2. 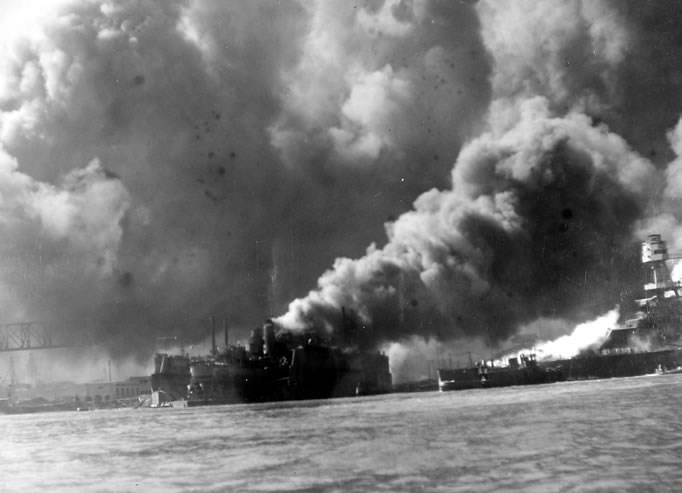 On December 7th, Shaw was still drydocked, receiving adjustments to her depth charge mechanisms. During the Japanese attack, she took three hits: two bombs through the forward machine gun platform, and one through the port wing of the bridge. Fires spread through the ship. By 0925, all fire-fighting facilities were exhausted, and the order to abandon ship was given. Efforts to flood the dock were only partially successful; and, shortly after 0930, her forward magazine exploded. 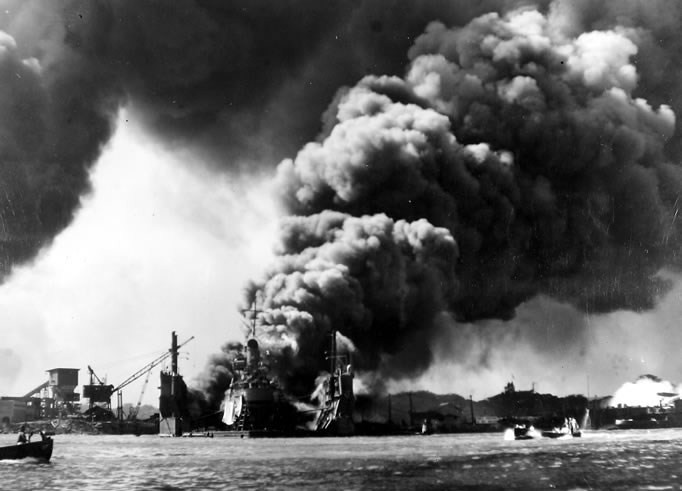 Temporary repairs were made at Pearl Harbor during December 1941 and January 1942. On 9 February, Shaw steamed towards San Francisco where repairs were completed, including the installation of a new bow, at the end of June. Following training in the San Diego, California, area, Shaw returned to Pearl Harbor on 31 August. For the next two months, she escorted convoys between the west coast and Hawaii. In mid-October, as a unit of a carrier force centered on the Enterprise, Shaw departed from Pearl Harbor and steamed westwardly. Rendezvousing with a carrier force centered on Hornet, the two carrier groups united as Task Force 61, and then moved north of the Santa Cruz Islands to intercept enemy forces headed to attack Guadalcanal. 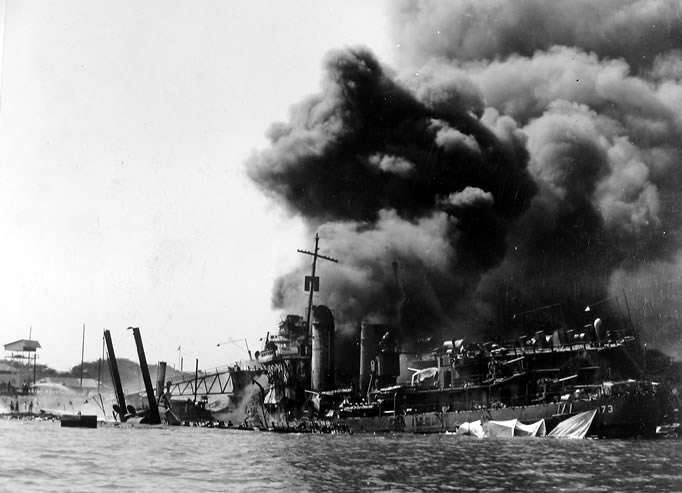 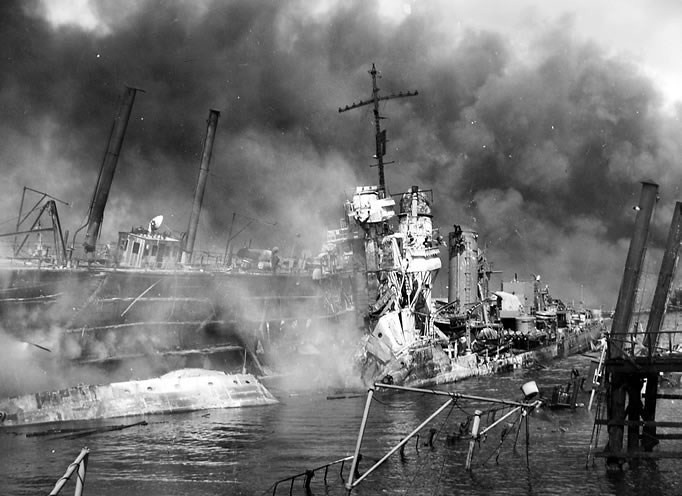 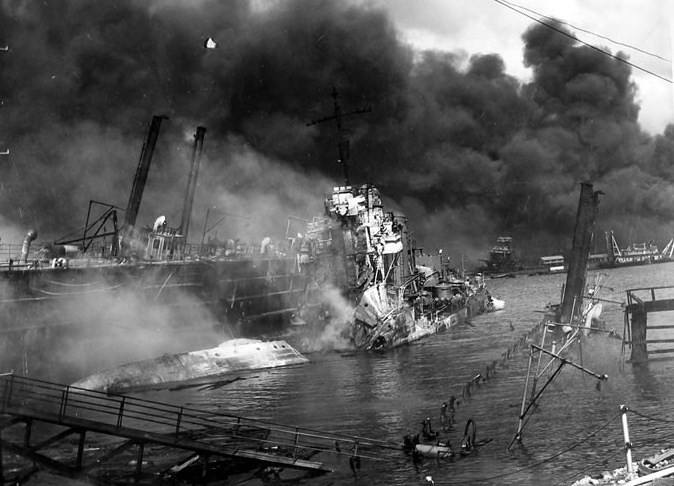 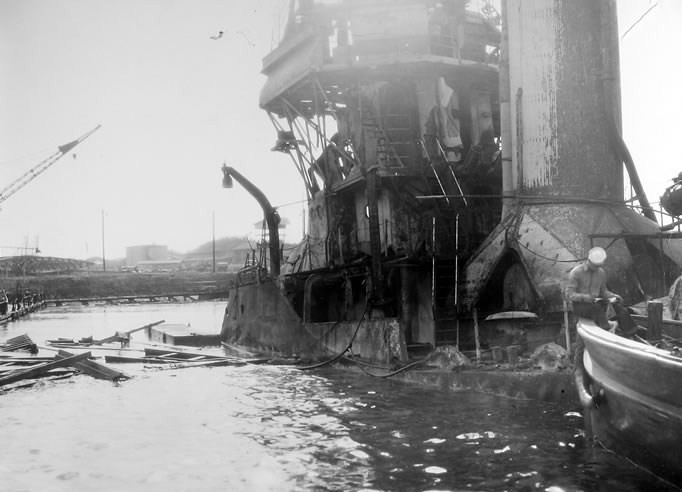