The USS Cassin Destroyer (DD-372) was decommissioned and destroyed in the Japanese attack on Pearl Harbor on December 7, 1941.

Named after Stephen Cassin, a United States naval officer, the USS Cassin Destroyer was in drydock during the attack. An incendiary bomb exploded a nearby ship’s fuel tanks, which caused an uncontrollable fire to take place on the USS Cassin and damaged the ship’s hulls beyond repair.

There is a happy ending to the story of the USS Cassin. Her machinery and equipment were salvaged and sent to the Mare Island Navy Yard after the attack and an entirely new ship was built around the salvaged material and given the wrecked ship’s names and hull numbers. The USS Cassin reported back to Pearl Harbor on April 22, 1944 after being recommissioned February 5, 1944 – less than three years after the Pearl Harbor attack.

Learn about the Pearl Harbor history with these photos of the USS Cassin destroyer: 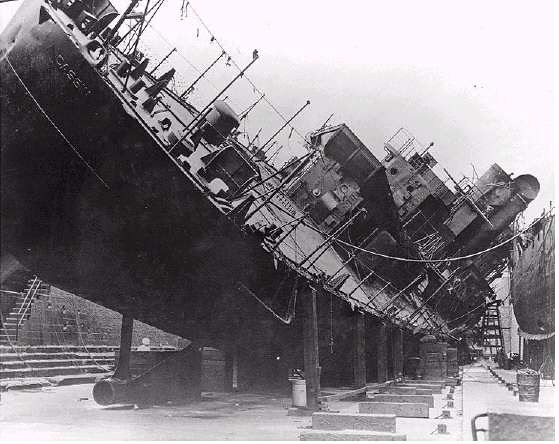 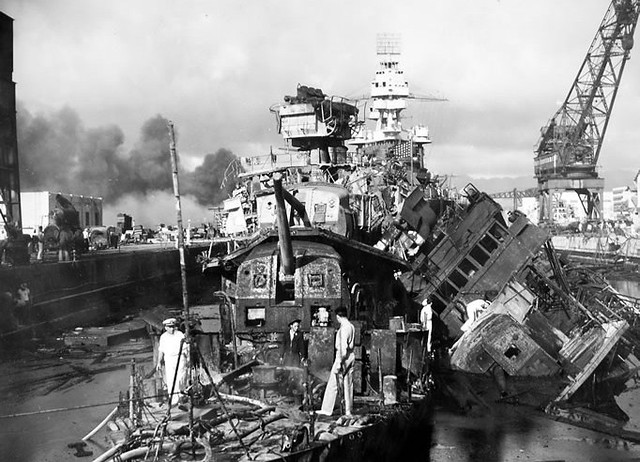 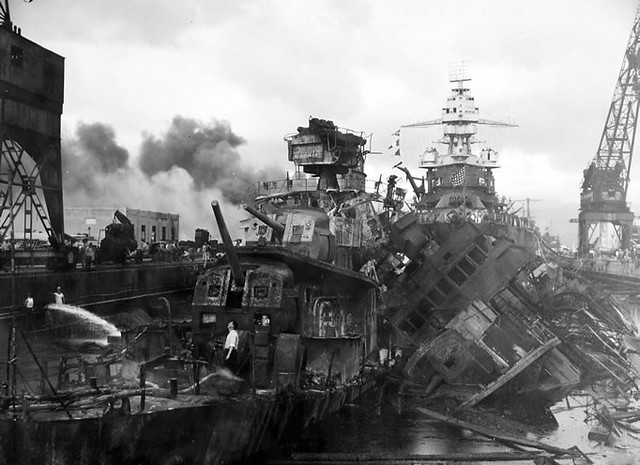 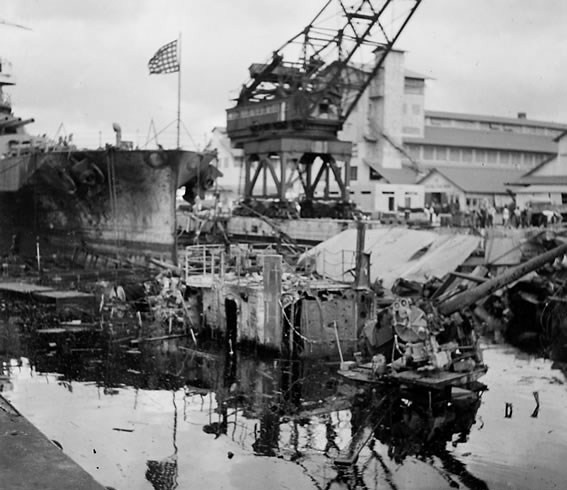 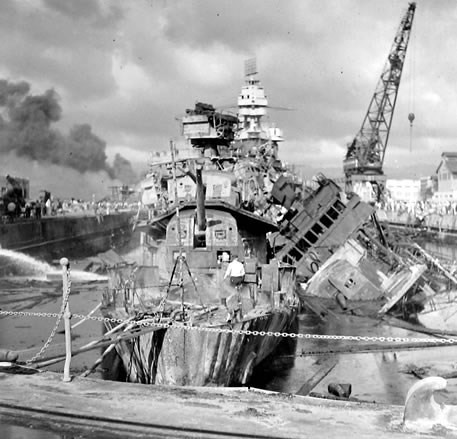 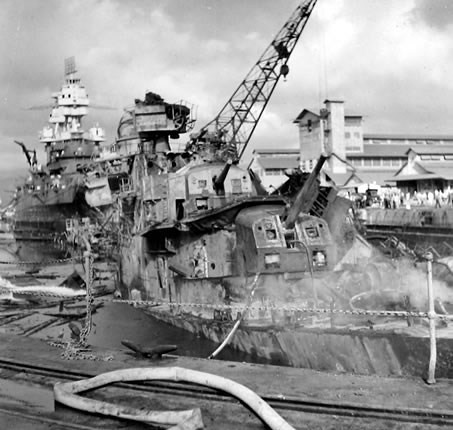 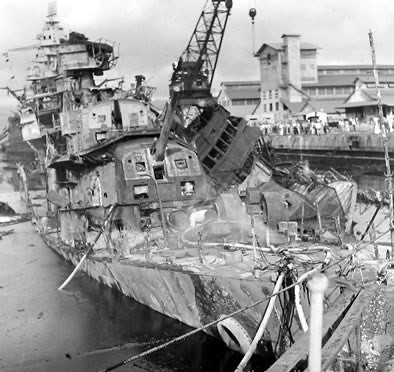 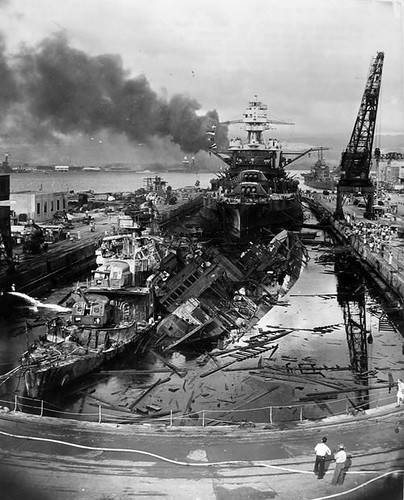 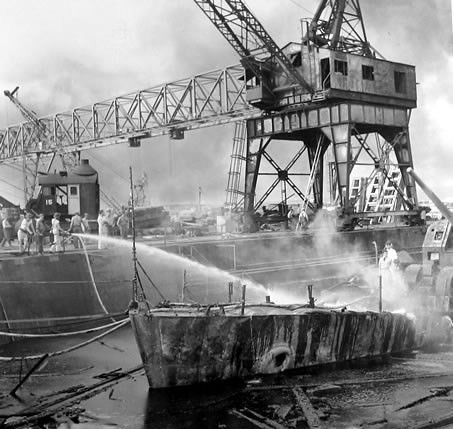