The first Japanese aircraft destroyed in action were shot down at Kaneohe, along with Aviation Ordnanceman Chief Petty Officer John William Finn becoming one of the first Medal of Honor recipients of World War II for valor on that day.

Learn about the Pearl Harbor history with these photos of the Kaneohe Bay Naval Air Station: 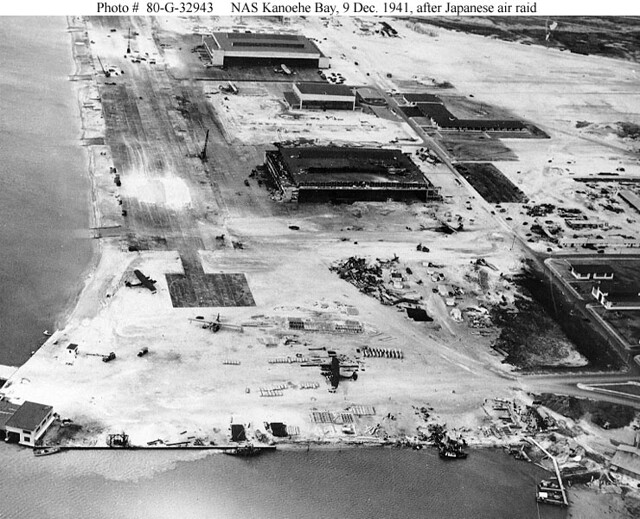 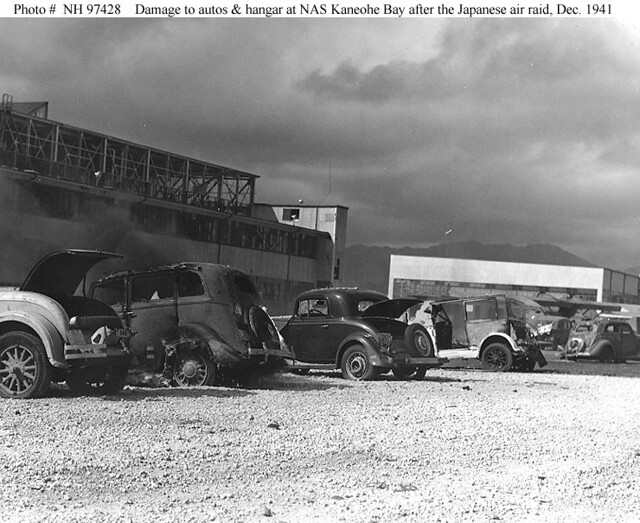 Damage to the autos and hangar NAS Kaneohe Bay after the Japanese raid. 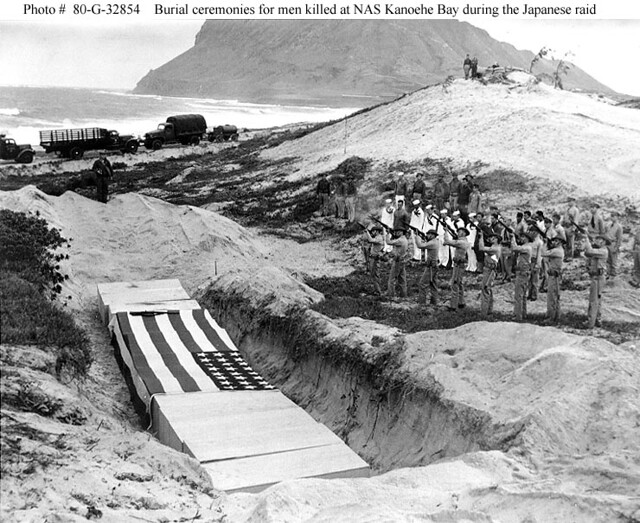 Burial service for those who lost their lives at NAS Kaneohe Bay. 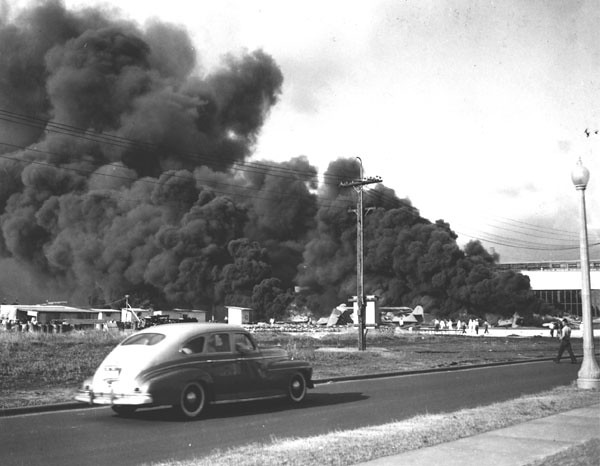 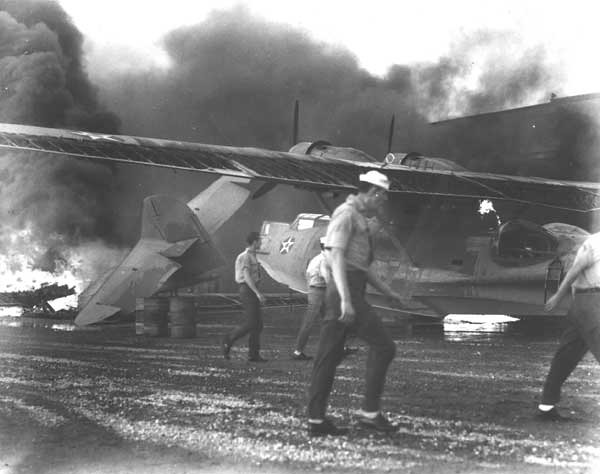 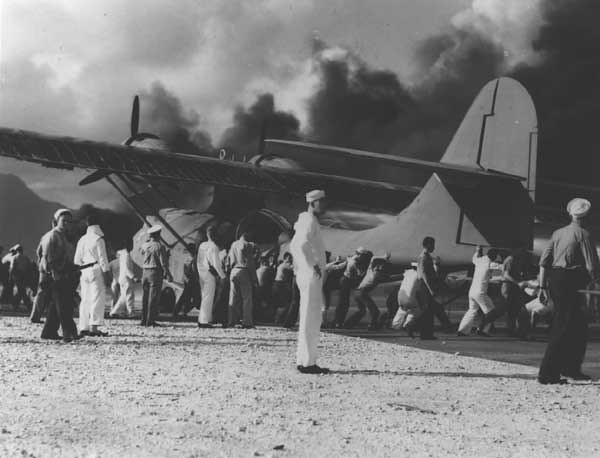 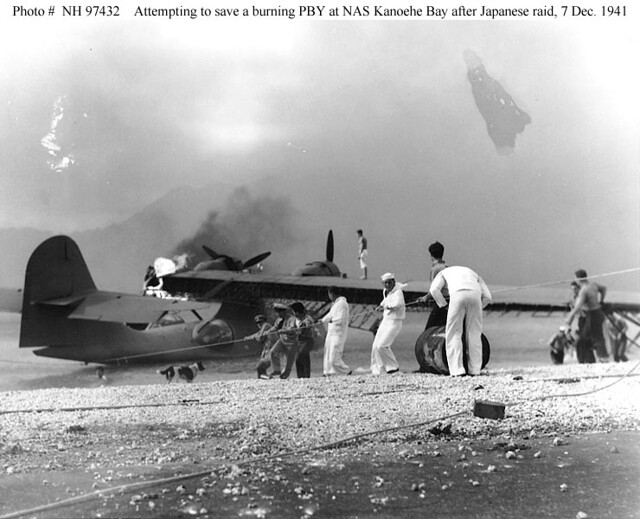 Attempting to save a burning PBY during the Japanese raid on December, 7 1941. 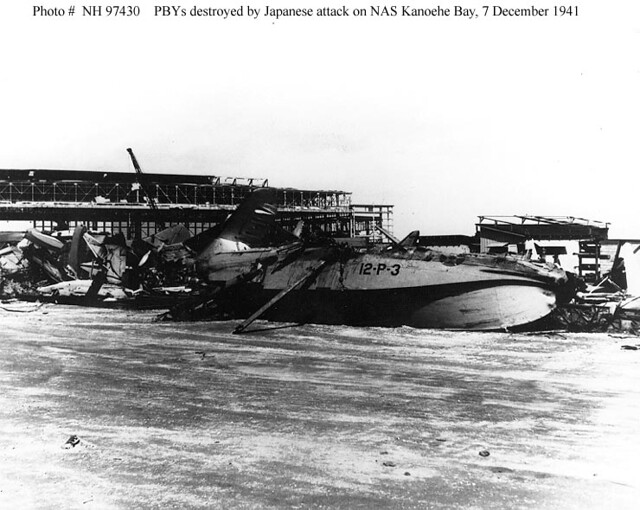 PBY’s destroyed by the Japanese attack on Pearl Harbor. 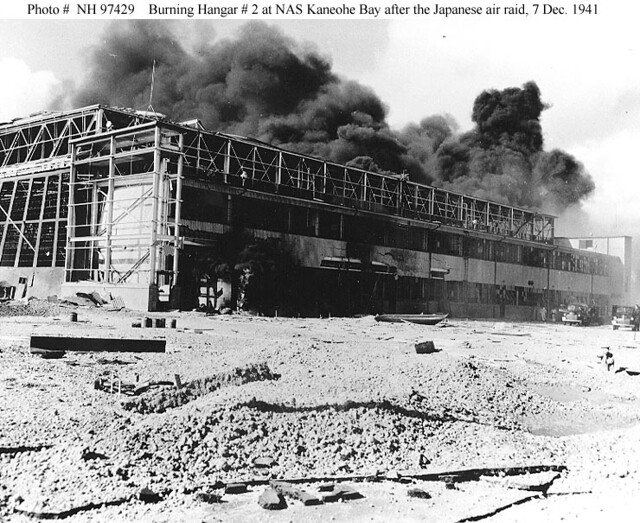 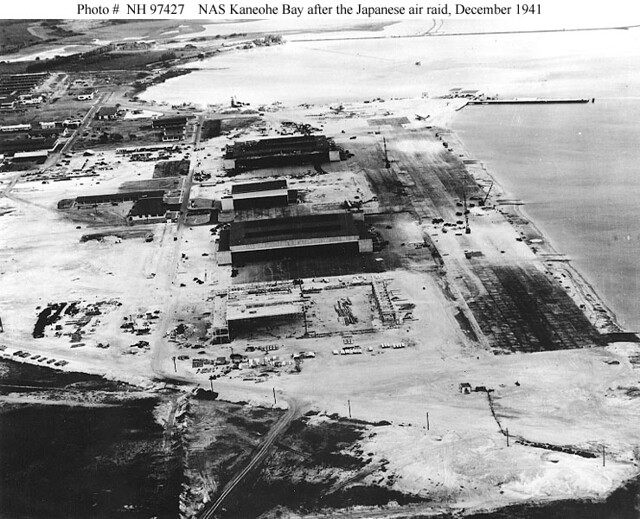